COVID-19 weekly case counts in the Central Okanagan are remaining low, as numbers hold steady across most of the Interior Health region.

According to BC Centre for Disease Control data, the Central Okanagan saw 42 cases of COVID-19 between Feb. 21 and 27. That’s six more than the previous week, during which 36 cases were identified in the area. Data also shows the region has recorded almost 3,000 cases since January 2020. 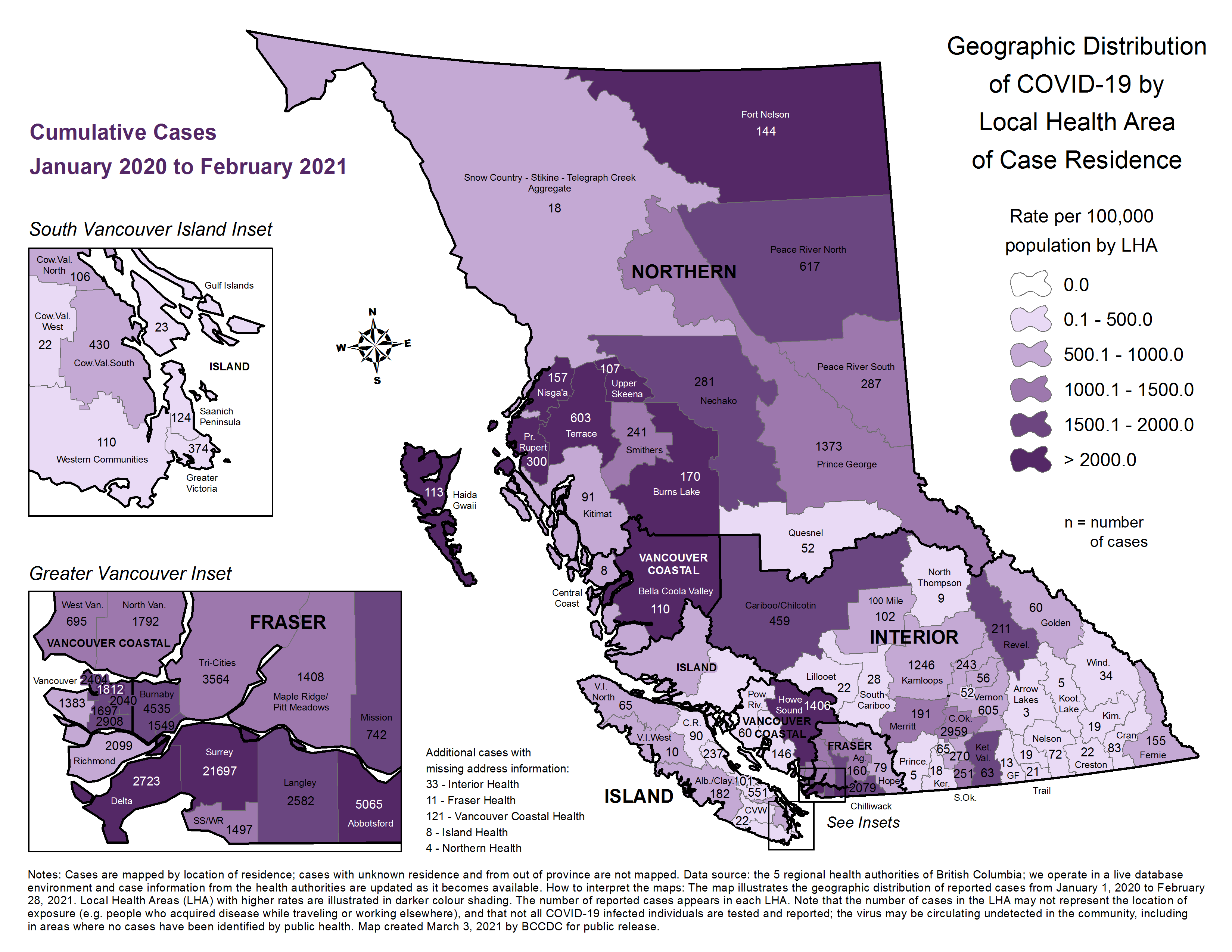 To the north, case numbers increased slightly in Vernon to 15 from nine, but Salmon Arm reported just three cases, compared to eight the previous week.

Kamloops increased to 124 cases from 78, noting more than half of Interior Health’s total weekly count, and Merritt increased to 19 from 12.

South of Kelowna, numbers remain similar with four cases in Penticton, two in Grand Forks, one in Summerland and one in Kettle Valley. The South Okanagan area, which includes Oliver and Osoyoos, reported two cases compared to the previous week’s 10.

Princeton and Keremeos both had no new identified cases after Princeton noted one the week before.

Do you have something to add to this story, or something else we should report on? Email: michael.rodriguez@kelownacapnews.com

A call for kindness

Lumby woman competes to be Inked Magazine’s next cover girl

Local ‘freedom convoys’ cropping up in the North Okanagan