April 11, 1934 – August 5, 2022
In Loving Memory ~
Our family is heartbroken to bid good-bye to our wonderful husband father and grandfather, Bill Destree.
He slipped away on August 5, 2022 at the age of 88, hours after his move from his Armstrong home to a Vernon Hospice. Bill will be lovingly remembered by his wife of almost sixty years, Marge; daughter Cathy (Puetter) of Armstrong; grandchildren, Alyssa and William: and great- grand sons. Grayson and Hazen. Bill is predeceased by his parents, as well as sisters Cecile Brandon and Elaine Saunders.
Bill was born in Saskatoon, April 11, 1934, to Arthur and Tony Destree. His father’s career in the automotive industry, much of it with Fairbanks- Morse, caused several transfers for the family. They lived in ve provinces, Quebec to British Columbia. In Ontario Bill graduated from Fort William Collegiate and soon followed his passion of joining the Royal Canadian Mounted Police. After training in Saskatchewan, he was posted to Hope 1956. Unusual for the time, his remaining twelve assignments were all in one province, BC. When Bill was stationed at the University of BC, he met his bride, Marjorie Dowling who grew up in Kleena Kleene. Together they made many trips to the Chilcotin.
Life with the RCMP suited Bill. He enjoyed assignments from small town to city drug squad, the Schmokey games, and in particular the enduring friendships he made in the community and with many members of the force. After 25 years, and with a sta of over seventy. Bill retired as Sta Sergeant of the Maple Ridge Detachment. He was ready to try private life. With a fascination of cars, he became a member of the sales department at Norberg GM Motors in Williams Lake.
And later he and Marge ventured into small businesses. The Destree’s settled in Armstrong in 1992 and bought the Branding Iron Pub. Life in friendly Armstrong allowed Bill to support his wife, daughter and later his granddaughter with their varied equestrian pursuits. Bill had a deep love for animals and cars. When Bill was not shining the chrome on his immaculate pickup, he could be found hooking up a horse trailer or a fifth wheel. Although he and Marge took several trips to Mexico, Arizona, California, Bill’s desire was to return to the wilderness and to visit friends in the Chilcotin. Bill was a people-person.
For several years, until 2019, Bill joined the volunteers for Armstrong’s annual IPE fair. Proudly behind the “Wuzz Fuzz” badge would come his reassuring voice, asking those in need of help. How can I help you? Bill enjoyed the company of close friends and the long-term buddies who he met for coffee at the local legion and Askews where they analyzed the ways of the world and shared chuckles.
Bill had high praise for the many home-nurses and the extraordinary Dr. Mthandazo whose telephone calls and home visit brought compassion and reassurance. In accordance with Bill’s wishes, there will be no memorial service. In lieu of flowers, consider donating to the Armstrong Legion in Bill Destree’s name. 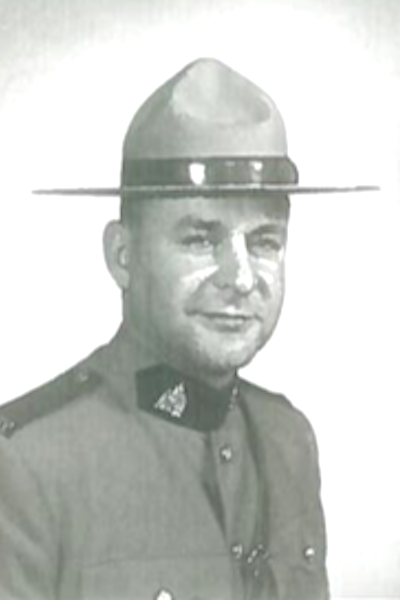